Here are the models that feature in Mangler the Merciless’s campaign army – aka Mangler’s Band. (He is an NPC mercenary.)

For several years I had an Ogre battalion which I used to bolster my friend’s Ogre army (to the size he required for a campaign) and as Dogs of War units in several of my other armies. Finally I decided to add what would be needed to make the battalion up to a 2000 point Ogre army. Too cheap to buy metal, so decided to convert Bulls into the characters and scratchbuild some machines.

First some WIP photos. My first Butcher looked like this.

Here are two maneaters – one with a longsword, other with a brace of handguns. I was happier with the latter cf. the former.

Here is the tyrant, who could double as a great weapon armed Maneater instead. I had yet to add a coat with metal plates  – I really want it to look like heavy armour and I could see he wasn’t  there yet.

Here he is with more armour – scale mail! I used plasticard pieces, and hoped it would look like proper heavy armour when painted up.

I intended to paint these characters in the same style as my existing basic units, so that they all look like they fit together. 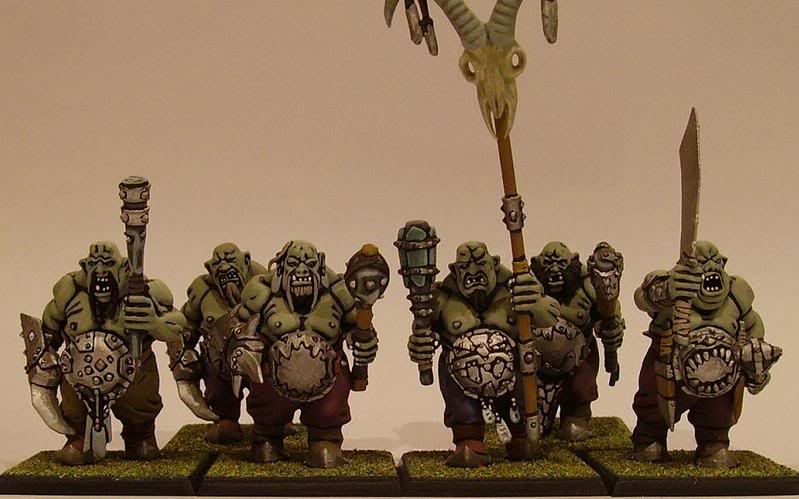 And my favourites, big xxxxers with guns: 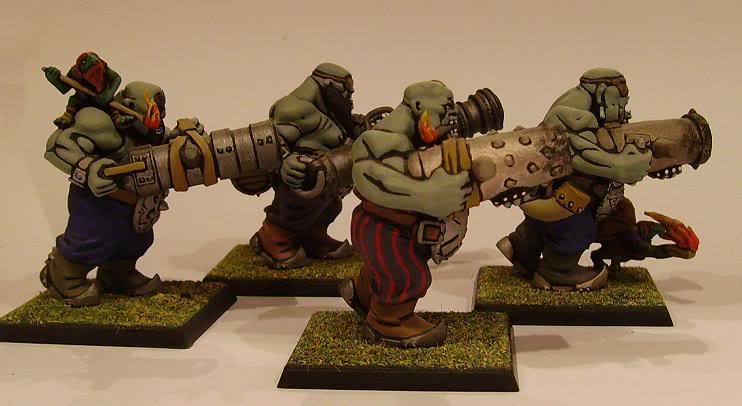 I re-did one of the maneater’s hats – the one with the big hat. It looked like it was tottering comically on his noddle, so I cut it off, scalped the guys, and put the hat back on, so that it looked like it fitted, kinda Spaghetti Western style.

I know my cartoon style is not to all tastes, but it’s my long preferred tabletop quality method and I’m sticking to it. I also know that compared to many my painting looks pretty ‘basic’, but the figures ‘pop’ in army or regiment photos, and can be recognised easily in bat reps.

Now the painted figures. In order, here are my Tyrant, Army Standard, Butchers (x2) and Man-Eaters… 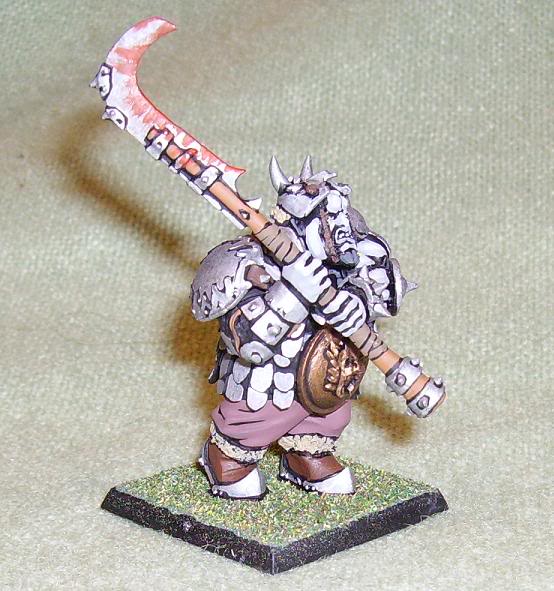 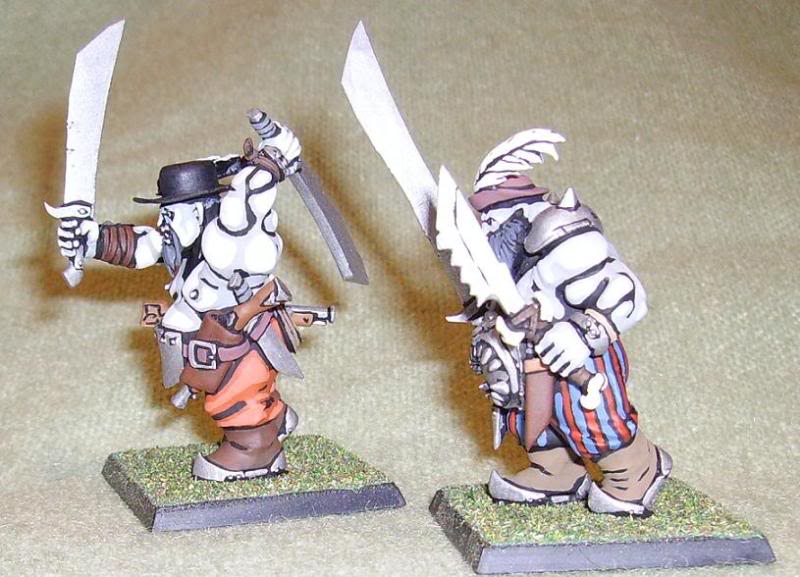 While I’m on a roll, here are some of my Gnoblars, including kitbashes and alternative models.

I wanted every one to be different so I swapped hands and weapons as well as using the full variety of heads.

I also didsome minor conversions. Here on this strip there are two old 1990s plastic Snotlings, one with just a shield added, the other with a new weapon and head.

These 3 are all converted to hold new weapons.

These last two are conversions also. The one on the right is a night goblin body with a gnoblar head.

I’ll do an Ogres. Part 3 as soon as possible!