I wanted an ironblaster that would ‘go with’ my Scrappie, so once again I used a toy rhino.

For the gun I used a pen, parts of a broken (pen) torch and milliput. Very unconvinced by my efforts, I was hoping it would be transformed by a paint job! 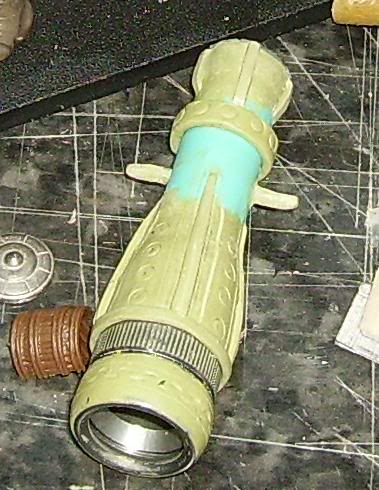 Here are all the main pieces (minus the crewman) – balsa, card, and broken bits of toys. 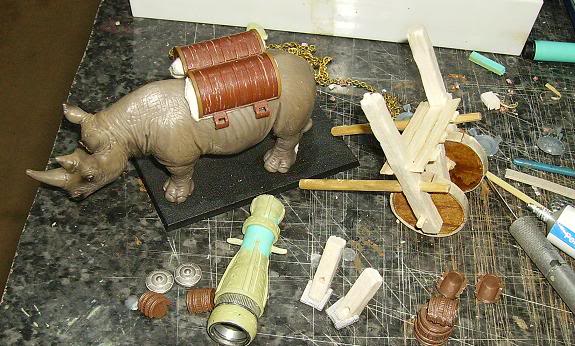 I was getting the idea how it would all to go together.

I always like things to look like they might work, and reckoned that a bigger beast could actually carry the barrel on its back rather than just pull it along like the official model. Also I put big fur-filled sacks on its back to mount the gun on  – the idea being this would ‘cushion’ the violent jolting when the gun fired!

I was still not sure about it, but at least it seemed fun if not necessarily ‘cool’, and it certainly complemented my similarly made scrap-launcher.

I then took some advice from some WFBers who said it ought to have a platform for the loading gnoblar to run about on and the rhino should look like it’s been damaged by the muzzle blast of the cannon. Also dirtied up the cannon a bit. 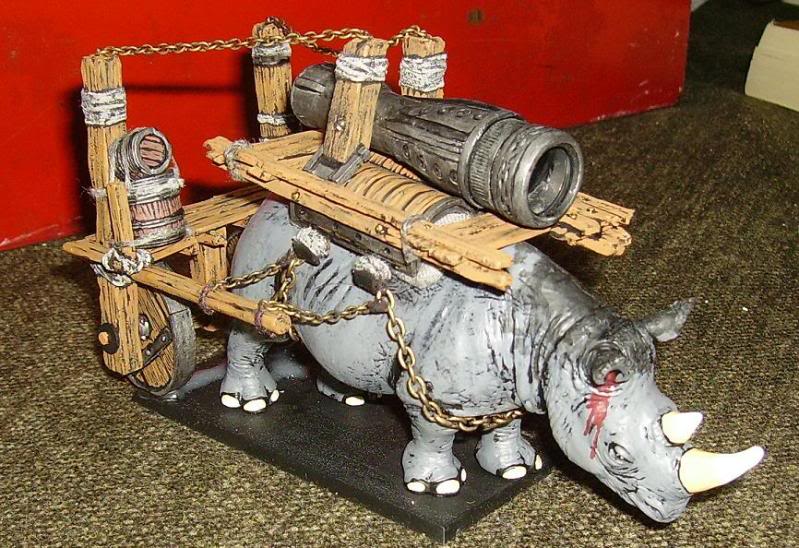 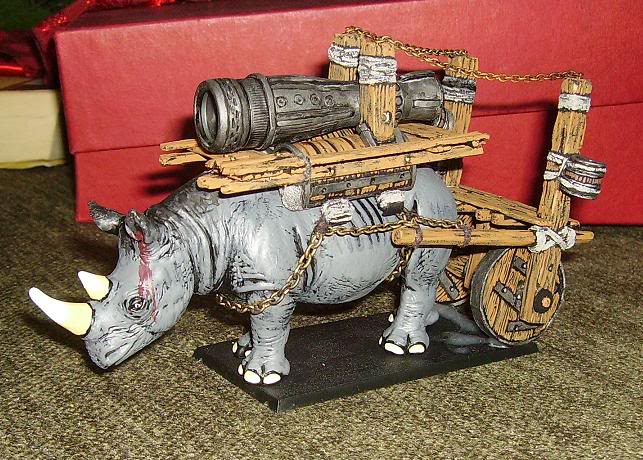 I was proud (odd way to put it,I know) of the dried blood which had dribbled out of the poor beast’s ears as a consequence of the blasts.

Once I put a crew-ogre on it grew on me a bit. I think it is bigger than the official model.

The crewman holds rope reigns which are fastened to a chain around the beast’s neck.

The special loading platform was built for a gnoblar, and had four powder barrels on it.

Once based (my usual basic style) and with a gnoblar attached, it was done!

Now I look at it, I think I know what was niggling me all along. The gun is just wrong. What kind of shot would you load such an irregular barrel with? And how would it achive even the vaguest accuracy? I might replace the barrel one day.

I was inspired by my standard bearer conversion to do a whole unit of spiky helmeted dudes. I wanted  basic, no frills (apart from the spike) thugs.

Here was my test model: 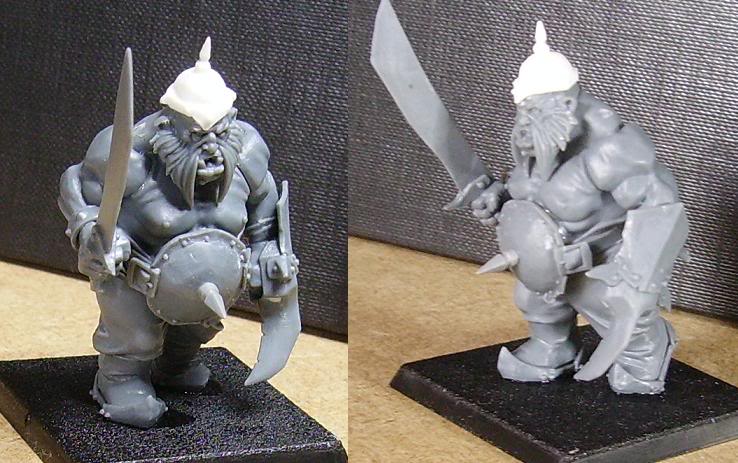 Here are three together. I was sticking with the ‘keep it simple’ theme, and even cutting off most of the knobbly bits, gut plate decorations and spikes and such.

I know my painting style is different, being ‘cartoon’, because everyone tells me so – but every one of the more than a thousand figures I’ve painted has been done this way, so why stop just ‘cos Ogres are big? 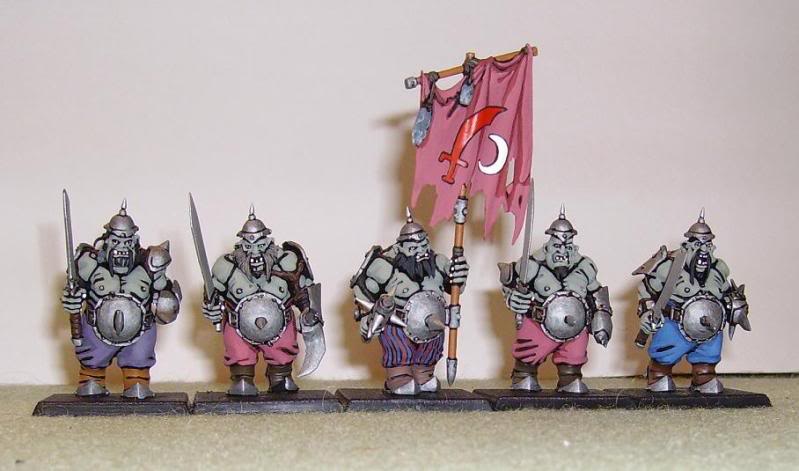 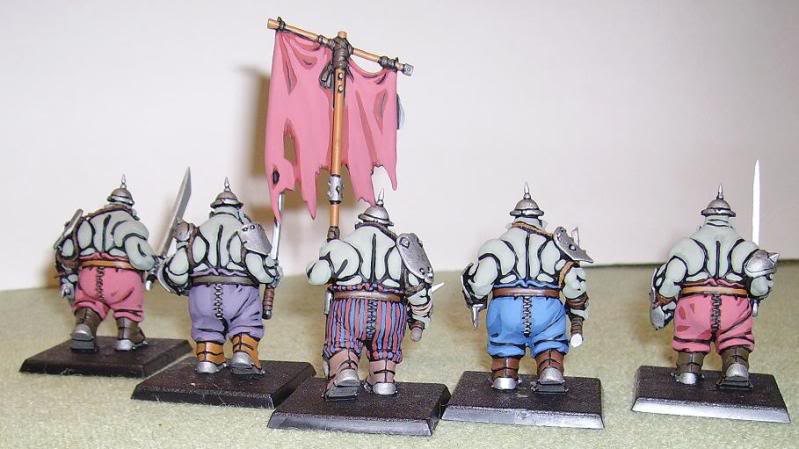 I added a bit of armour ‘cos folk said they looked a bit bare. I wanted a real basic, no spikes look (apart from the obvious belly and helmet spikes). As if they were real ‘bovver boys’ who don’t care for fancy, wearing helmets that looked like Monmouth caps, or bowls jammed onto their skulls. I was not 100% sure about standard, but a blood red scimitar over the moon seemed a good theme. Also, I now wish I had somehow got the helmets to sit a little lower on their noddles!

Apparently, although I have no memory of it, I’ve added three more since!

Ooh, I like them! Makes me wanna play a game right now.

(BTW. The helmets are from mid 80’s Citadel plastic orcs, the ones that came in a box with 10 dwarfs, 10 wood elves, 10 skaven and some others I forget.)