I wanted a corpse cart that looked better than the ‘stand-in’ I had been using. I think you will be able to see why, for this is that stand in! 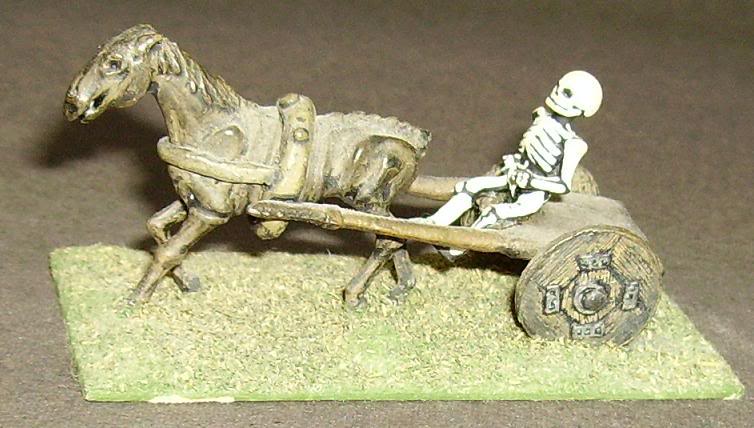 So I took an old chaos chariot and decided it would be the ancient remains of a head-hunter’s chariot. The piled skulls of the many he hunted (and the fresher heads he has taken in life) would be what gives the corpse cart its necromantic powers. 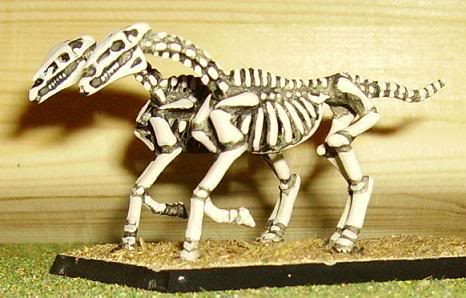 And then set to work on piling skulls in the back. (Sorry about the picture quality, but I can’t retake them now!) I threw some orc and other (?) skulls in too. 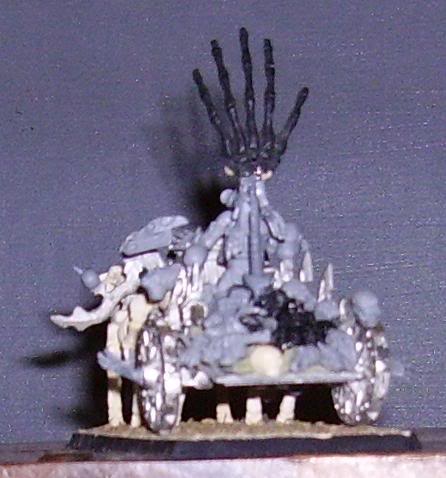 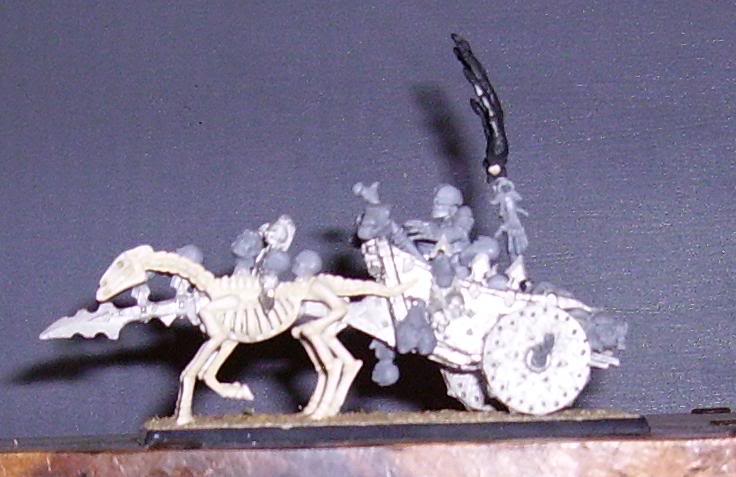 And from the front … 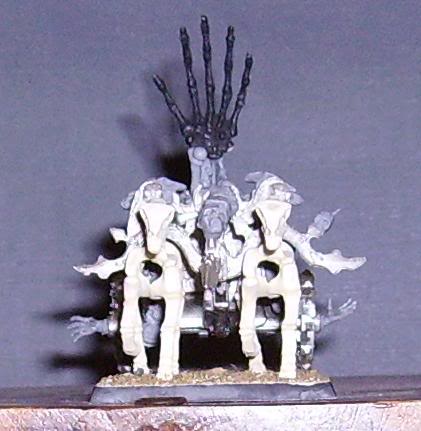 Undercoated with the skulls and bones painted up … 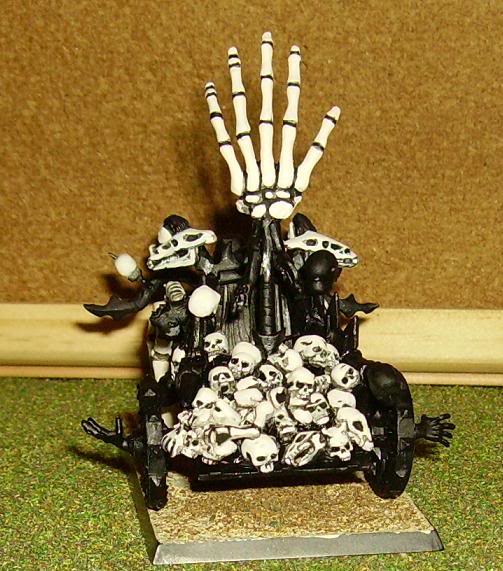 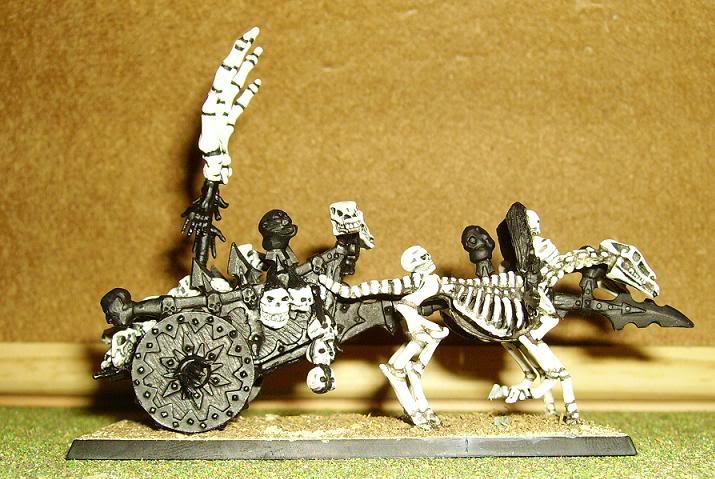 The standard is a giant’s hand. I’m assuming the head hunter couldn’t reach the giant’s head and so lopped off his hand instead. HeaD, HanD – they both begin and end with the same letters. Close enough. 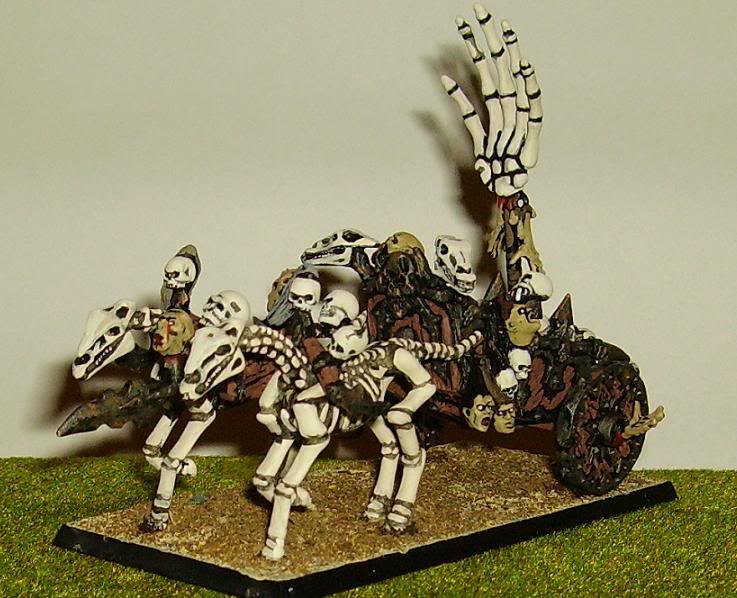 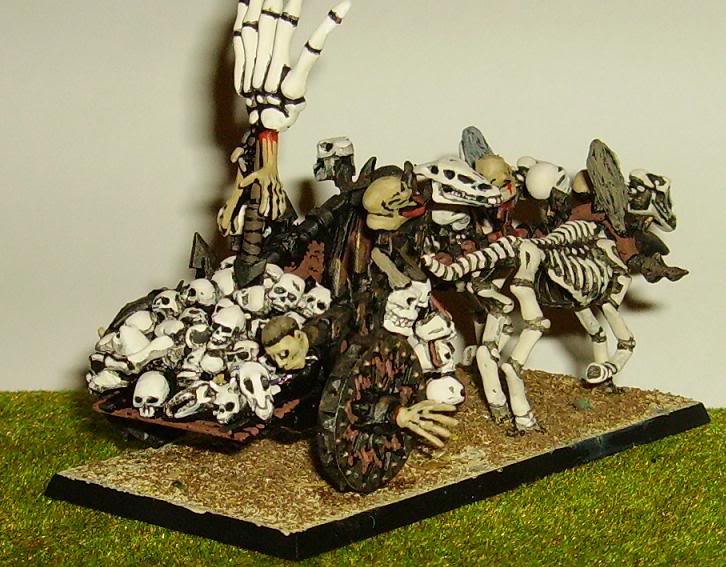 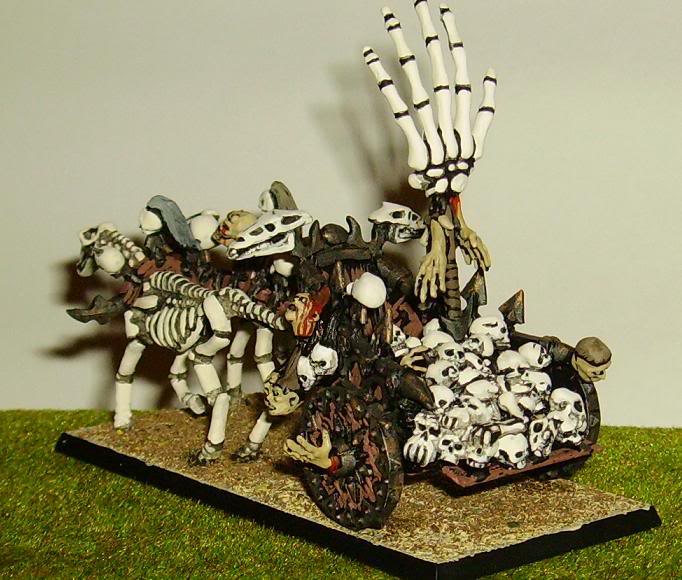 And here with a suitably ancient figure (1980’s Citadel) to crew it. 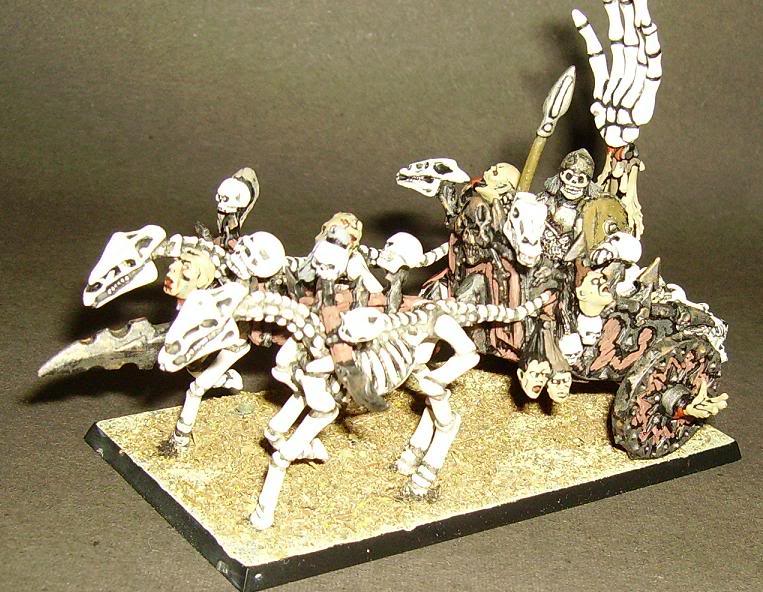 I really didn’t know what I was doing with a camera back then! I know it is ‘busy’ but how can it not be when he’s been collected so long and so efficiently?